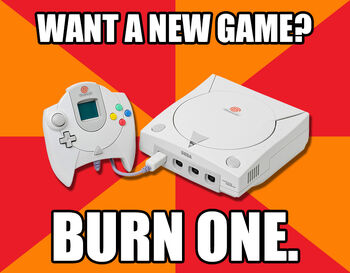 As many Dreamcast games were much smaller than a CD's capacity, pirates have figured out how to make multi-game compilations. Where to get them? Hint, hint: The ISO Zone, Emuparadise, SnesOrama, Segahub, CoolROM.

Retrieved from "https://vsrecommendedgames.fandom.com/wiki/Dreamcast/Homebrew?oldid=57949"
Community content is available under CC-BY-SA unless otherwise noted.