I mentioned this on the talk page, but Sonic Shuffle is not a game that I would recommend to anyone I liked. I don't want to hate on anyone else's opinion, but damn that game is awful.

You should probably create a thread about the game in question and ask what people think about it. If there's a consensus about how the thing sucks, remove it from the list, or send a PM to an Admin asking for it. --Jukse (talk) 14:37, December 5, 2012 (UTC)

Well, a thread is good, but make sure you have some proof of dislike as well (screencaps). I've been wanting to try a new system of dislike/removal, so this is a good opportunity to do so. What I'll do is set up a rough "deadline", which will be for this trial run, 5 days. With thread and text responses noted, here or on boards, we'll deterimine if it should stay or go based on what is chosen along with solid backup. So, "shitsuxfags" won't be a valid argument and neither will "but it's fun!" though something simple yet effective like "the AI is really bad and here's a video proving that youtubelink.thingus" and some websites like, I dunno, "ignorant.com/review" and "backstoryandplot.tna/review" (don't pick shitty sites though for either defense or offense though). Because this is a trial run, I don't expect things to be super well done or anything. I'll naturally be lenient (I can't speak for the other admins though). However, for things that may pop up later on, have longer deadlines, and are more hotly contested, I'll definitely need something rock-solid for a final judgment. For those, not in the know, the admins have been chatting and we'd really like things to feel more obviously like the users are in control (which they are, no matter how obvious that may or may not be). As such, things like this will be essential to that. I personally am neutral toward Sonic Shuffle. I've heard the AI is an absolute asshole in single player, but multiplayer is pretty enjoyable. That's just what I've heard over time, I don't have any hard sources for that. Though, I guess this is a good example of how things may not sway voting, but can lead into others supplying the proof of this (or debunking of it). One last note: the end for the fifth day. To make things easy, it's about 17:00 on the /v/ clock right now. So on the 10th of December, at 00:00 AM (or whenever I wake up or some other admin checks in I guess) that'll be the end of voting (or 23:59 on the 9th just to be crystal clear). Well, have at it. You have FIVE DAYS. 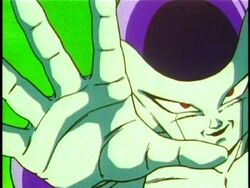 By DBZ Rules this means I have a month, right?

Either way, I started a thread and only one person replied, saying "It's just a wore Mario Party," bumped it three times to no other response. Meh, I don't care that much, though I am sorta concerned that over time the pages will have every game that anyone ever enjoyed on them. In my eyes, Sonic Shuffle is not a game with any degree of quality.76.85.186.222 07:09, December 9, 2012 (UTC)Anon

>a month
Pffth nah. I meant the 10th. As I said. This is just a trial run, so I'll lower or lengthen time depending on how hotly contested things are from now on. The "average" game will be at 3 days, the ones that are kinda iffy in contestment are 1-2 (2 at most), and the hotly contested will be 5. So yeah. I'll take that sucker down at midnight or whenever I can (if I fall asleep or some shit (unlikely, but I dunno)). Unless I get like a steel-wall, flawless defense in favor of it, but I highly doubt that's going to happen. So yeah, that's how it's gonna be from now on. --Dejiko (talk) 17:11, December 9, 2012 (UTC)