This entry is about the main game of Xevious and the extremely similar versions of it, such as Super Xevious (a sort of semi-sequel) and the 3D Classics version of it on 3DS.
Info about spinoffs, such as Grobda, Solvalou, and Xevious 3D/G should be put on their own pages.

There isn't much I can say about the first Xevious, and to be frank, there isn't much that needs to be said about it either. Still, it's a pretty big thing and it was a spark which ignited many passions for playing and creating shoot 'em up games. It's simplistic designs, lack of power-ups, and brutal difficulty make it rather unpopular amongst most people who play games. However, as a catalyst at least, it was a big step forward in terms of game design. The enemies are simply designed, but each one has its own sort of nifty AI beyond just plain ramming and/or shooting from afar, along with different attributes as well, versus just slight edits of each other. You see an enemy and you can eventually guess how it's going to act, and they're distinctive enough in appearance to gauge this fairly easily as well. In terms of weaponry, you now have TWO planes that you have to worry about enemies attacking from, yet you're given two ways to attack enemies as well: shots for air enemies and bombs for land enemies. Lastly, the game's scrolling graphics and large stages with different elements to them were pretty impressive back in the day, along with the fact that there was music (besides the intro theme and some bonus ditties, the main song is a somewhat annoying loop, but strangely enough it has an almost-hypnotic aspect to it that really puts you in the zone). This game was shmups what Super Mario Bros. was for platformers. And while it's mostly forgotten and uncelebrated in comparison to SMB, it's still one of the big beginners. While neither SMB nor Xevious were necessarily the pioneers or primary innovators for their respective genres (platformers had things like Donkey Kong and Pac-Land and shumps such as Space Invaders and Galaga had come before), they helped define what they would become and even what they are today. As such, even if you've played better games, it's always nice to look back and see how far games have gone in comparison to these early starters. I think everyone ought to at least try Xevious once, they may not quite like it, but it's something worth taking a shot at (ahem).
Still, it's not quite AS good as SMB was in terms of comparing what both accomplished, but it's still pretty important. One factor that's a big negative is the lack of instant-respawn. In a game like this where there's no power-ups, having to go back to where you were from the START OF THE LEVEL no less, is pretty cruel. There's people who race to score the maximum number of points, but you have to be pretty damn good at shmups and have some lightning-reactions for some of the stuff Xevious can throw at you. One thing I find strange is that the game has extra lives. One, because they're hard to find/earn, and two, because if you're good enough to survive to the points where you can get them to begin with, you wouldn't need them. The third reason being the back to square one per level factor. I can sort of understand if you've messed up and are trying to keep your high score in top place, but again, odds are you won't need them if you're THAT good. Xevious is not an impossible game, but it is rather brutal at times, and doesn't ever ease up. Music aside, that's probably my biggest issue with the first Xevious. Power-ups were actually added to later versions/"sequels" of Xevious, which is pretty cool and definitely helpful. Enemy variety and AI was also further increased as well. Past that, it is what it is. Simple, effective, inspiring, challenging.


On that note, the 3D Classics version is probably the only game to REALLY use eye-stabbing 3D on the system. Everything else has a mediocre bulge or is centered more on depth of field than outwards pop. Pic related, as it's how everyone feels when turning on the 3D on while playing Xevious 3DS: 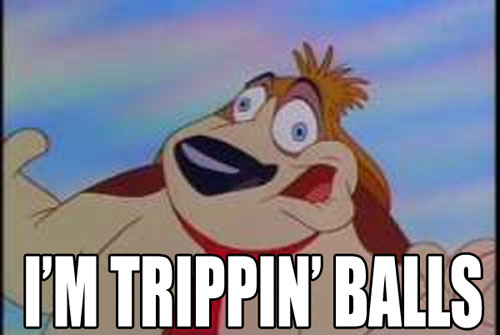 Retrieved from "https://vsrecommendedgames.fandom.com/wiki/MVI_Xevious_(original)?oldid=54028"
Community content is available under CC-BY-SA unless otherwise noted.