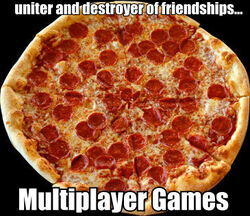 There are times where you want to play alone, and there are times where it is more enjoyable and (potentially) more fun to play with another. This an article for those times in the latter category. These are not the only games worth recommending. Just some to get you started. Armed with multiple systems and the knowledge of fun games to play with others, you too, can be a real "Multiplaya".

If you want to narrow down your selections more, check out these other pages:

Note that Co-Optimus is a good database to look at as well. However, there are/were a few errors on it here and there. But they seem to be pretty good about fixing those from what I can tell. Feel free to check it out.

Action or otherwise. For Editors: If there's a few RPG elements, but they aren't essential or the primary focus, they may be put here. Otherwise, they may better for RPG or Unknown/Misc.

Not sure of any non-3rd-person multiplayer beat 'em ups, but if they have the same spirit and play similarly, then by all means. For Editors: Most beat 'em ups with other elements contain very few within them, therefore, unless said elements are a major focus, you can just put them here.

Arena, one-on-one, tag-team, fatal, friendly and so forth. For Editors: Although some fighters may be more realistic and others more "party-like", for the sake of simplicity, both will be put here.

All action takes place primarily within the first person perspective. If a very small number of scenarios involve 3rd or even 2nd person, they can still qualify here. For Editors: I'm not too sure how many games there are like this, but if a game doesn't use guns or similar weaponry, but still acts and plays like an FPS, it can go here.

Essentially games that literally need other players to play, such as board games, parlor games, gambling, and such (or simply, games you'd play at a party). For Editors: Can't really think of much to say here, other than make sure it's fun.

Typically side-scrolling or 3D-free motion hopping on platform action. For Editors: Not sure how many multiplayer non-3rd person platformers there are, but if you find some good ones, by all means, put them here.

Both Competitive and Cooperative puzzle games can fit here. Whether it involves characters or not is no object. For Editors: Concentration on puzzling is key. If a game only has a few puzzles, then it may be better placed in the proper section.

Racing, regardless of time era, perspective, realism, or level of customization. For Editors: Even if a game is a sport, such as snowboarding, motorcycling, ATV (?), etc. As long as racing is a key point, please place them here.

Shooters where you concentrate on shooting stuff onscreen versus moving around a character. Doesn't matter if the character moves or is stationary. For Editors: Cabal-like stuff are probably better in the 3rd person shooting area, as your character movements are also important.

Action or Turn-Based; Local, MMO, or otherwise. For Editors: Depending on the amount of RPG elements and gameplay, Beat 'Em Up or Adventure may be better choice to put entries in. Though, let's try to avoid arguments.

The concentration here is integration of music with gameplay. Some may be Puzzle or Action, but the point is that you must rely on music to succeed. For Editors: Music must be an important element. Otherwise, it may be better off in Unknown/Misc.

Baseball, boxing, hockey, and sports in general. Both realistic and over-the-top games belong here. If the demand is high enough, this may be broken up into realistic and over-the-top sections. For Editors: This mostly applies to WWF(or E), Lucha Libre, and other showy stuff: Traditional sports-"fighting" goes here, but stuff like Street Fighter, KoF, Tekken, etc. is best placed in Fighters.

Real-Time or Turn-Based. Can't think of too many that break the mold either way, but if you can, please add them here! For Editors: For games containing a large amount of RPG elements, such as Tactics RPGs, please put those under RPGs.

Concentrates heavily on action and shooting from a 3rd person view point. Sometimes called "Run 'N Gun". Not to be confused with Shoot 'Em Up. For Editors: (1) A few alternate elements, such as minor customization are allowed, but if there's more focus and importance on that, then RPG or Unknown/Misc. may be used. (2) If a game has a significant amount of platforming, then it may be best placed within the platforming section.

Unique ideas, hard to place genres, or those with a whole lot of them. For Editors: Unless you can reasonably whittle it down, it may be best to place games you're absolutely unsure of here.

The Original Version of the Recommendation Copypasta Edit 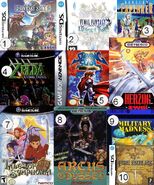 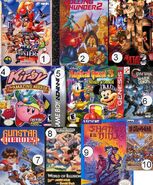 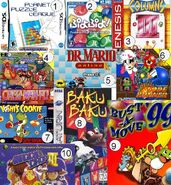 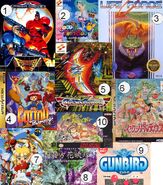 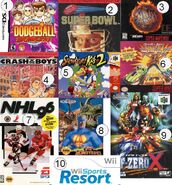 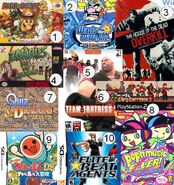 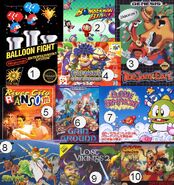 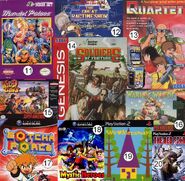 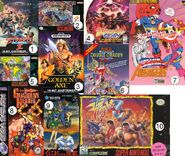 Be a multiplayer pal...

...to avoid this.
Add a photo to this gallery

To be replaced by the new sets of games as soon as I figure out this Mosaic bullshit.

Retrieved from "https://vsrecommendedgames.fandom.com/wiki/Multiplayer_Recommendations?oldid=66586"
Community content is available under CC-BY-SA unless otherwise noted.