There is a reason why people call the PC the "master race" of gaming platforms. Since its inception in 1981, with the release of the IBM 5150, it has been evolving constantly; its longevity, ubiquity, and lack of central approving authority gave it the most incredibly vast library of any system, ever. Hell, it has become so immensely powerful that it has hijacked what was once a generic term ("PC" used to mean any personal computer). As such, it would not be viable to keep all the recommendations in just one huge list. So this motherfucker had to be split in several pages, each encompassing an "era" of PC gaming (mostly related to each succeeding version of Windows, but not strictly so). 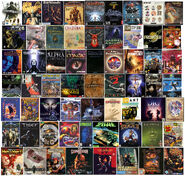 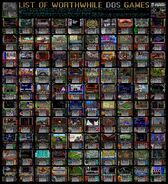