Have you played these games? They need a description to be added onto the list:

Should I get one?

Except for a small selection of games (such as Bayonetta, Armored Core 4 and some fighting games), the X360 and the PS3 deliver similar performances when it comes down to multi-platform games, with the X360 having a slight edge. Unlike the previous generation, hardware is not much of a concern.

Exclusive-wise, compare this with this. Keep in mind that (as of August, 2013) the 360 has virtually no upcoming exclusives. 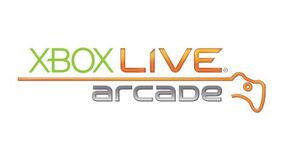 Xbox Live Arcade has a good selection of games avaliable, both old and new. Every title has a built in free trial, so go ahead and try out a game if you're interested!

Add a photo to this gallery
xx
Retrieved from "https://vsrecommendedgames.fandom.com/wiki/Xbox_360?oldid=51272"
Community content is available under CC-BY-SA unless otherwise noted.